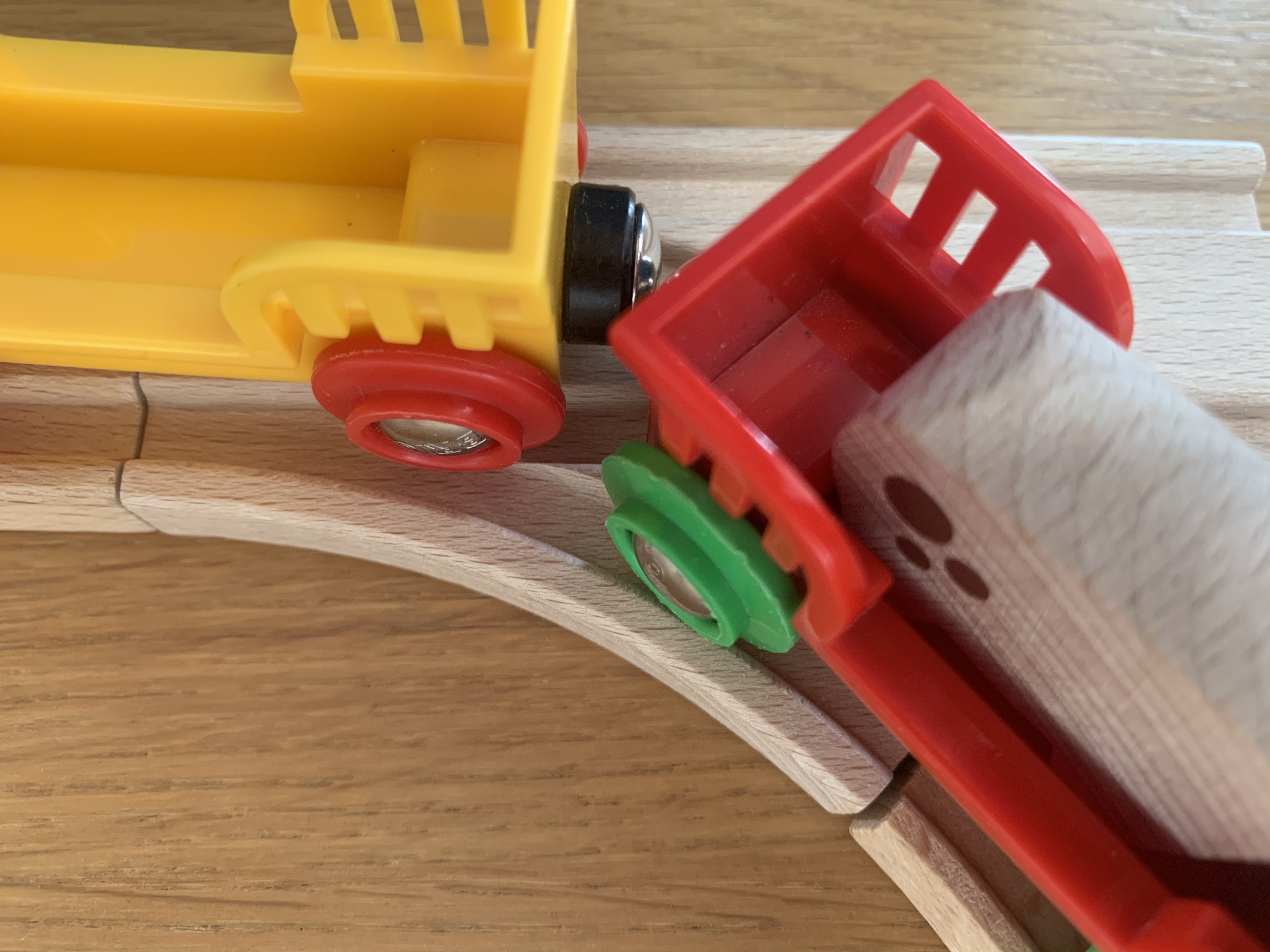 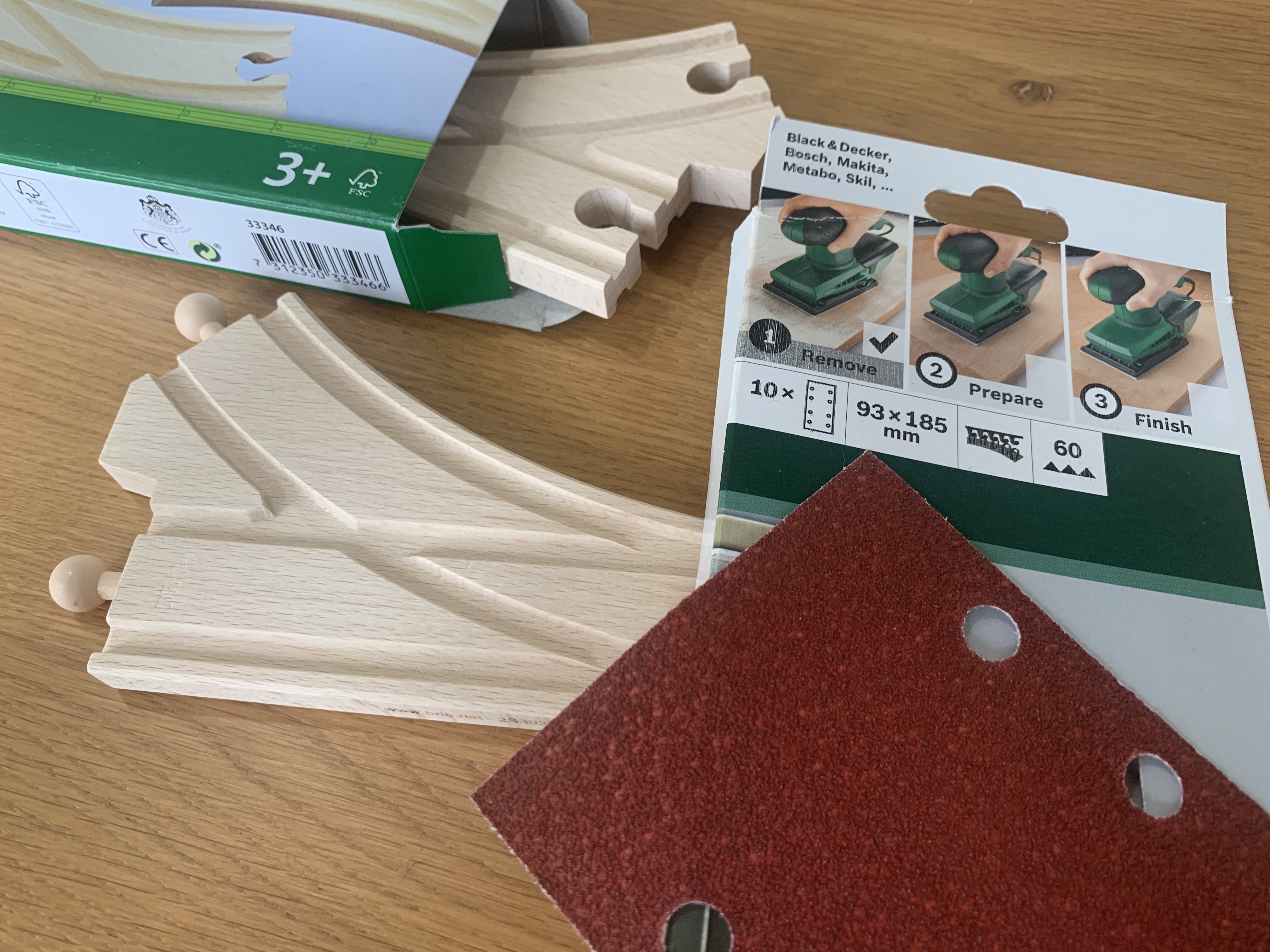 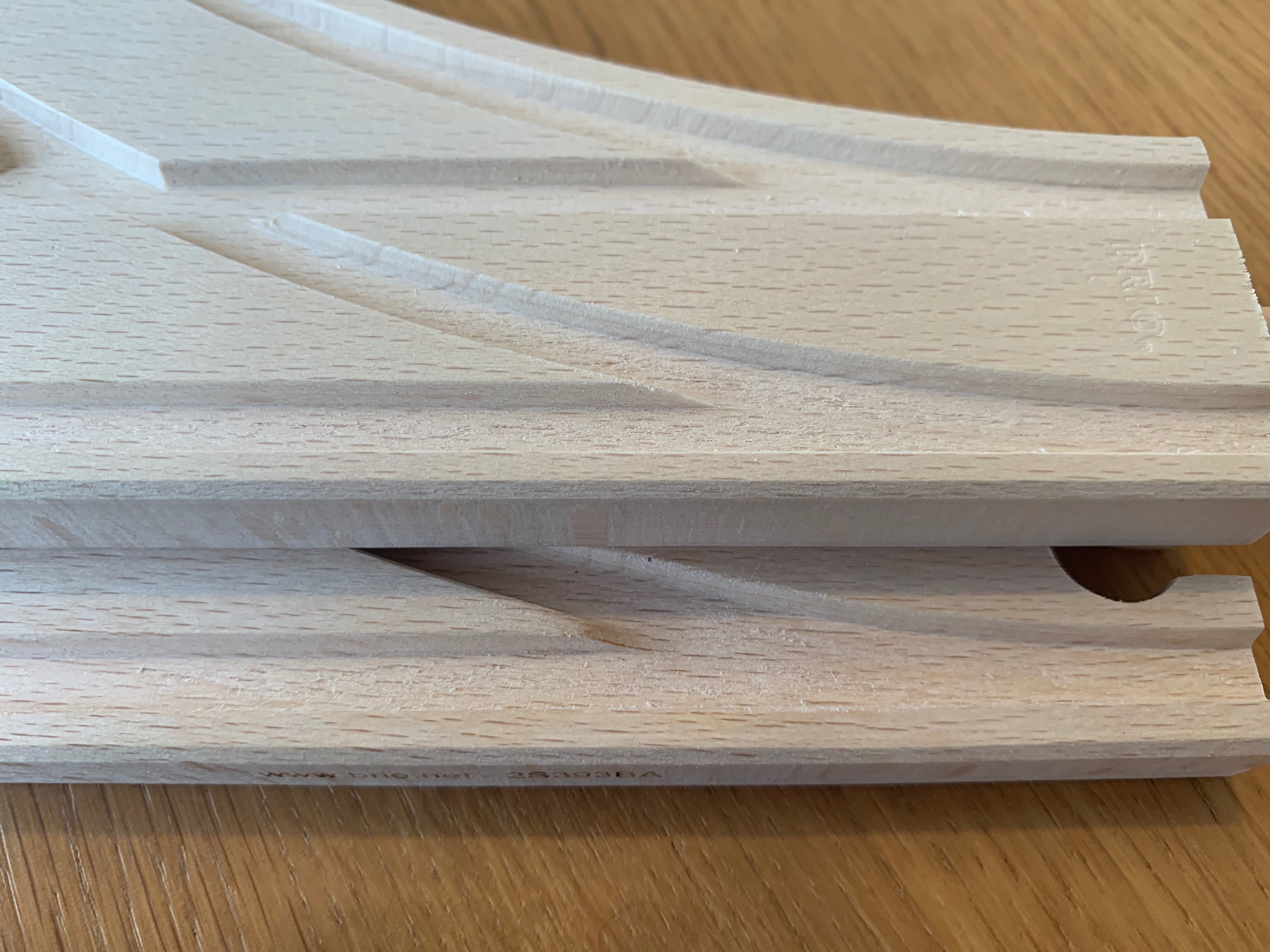 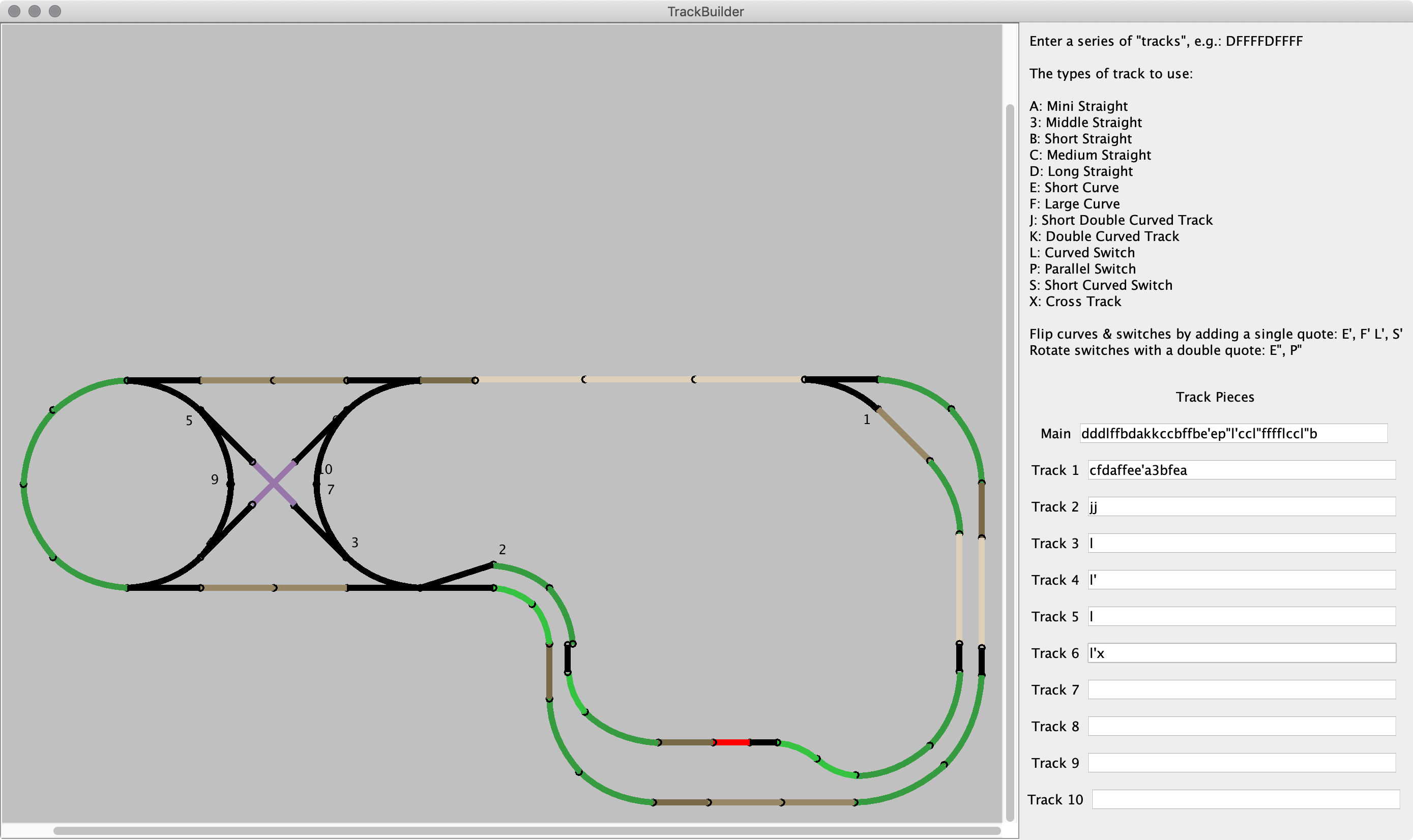 When you have a kid there's a chance you might be building wooden railway layouts at some point. And when you do you can "force" the tracks a little bit in order to make them fit, making use of what they call the "Vario" system.

Now, I like to build layouts with as little vario as possible. After a while the track has a lot of different track pieces, especially the short and long curve combinations skew things. With all these tracks on the ground you're never really quite sure if they make a perfect fit or not. You can of course hold down each track and line up the next one perfectly and work your way along thet track like that but I thought, what if I'd come up with a little tool that would let me add the tracks that I've added to the layout and let the computer tell me whether they make a perfect fit (or near fit) or not. A near fit is what I call a fit that is within 1cm of where the start and end of the track should meet and I consider that fine as well.

The tool is a Java .jar so you need the Java Runtime Engine (JRE) installed on your computer. When you download TrackBuilder it you can start it from the command line with java -jar TrackBuilder.jar

Go add the tracks you've added to your layout at home and see if they make a perfect fit.

Recently I quit working at the company I had been with for 7 years and decided to become self-employed. This, as it turns out, gives me quite a bit of free time... so I decided to migrate my very simple Drupal 7 website to Drupal 8.

Before I could start the migration I had to get Drupal 8 running on the server. This did not go easily. Both the hosting company that I use, DreamHost, as well as Drupal 8 and Drush's insistance on using composer are to blame.

Composer's memory usage is crazy. It seems to easily use up to 1.5GB of memory if you let it do its thing. Shared hosting never gives you this much memory so having a Drupal 8 website actually got more expensive than having a Drupal 7 one. On DreamHost the PHP memory limit is 90MB as far as I can tell, I even had them up it temporarily to 512MB but my composer process would get killed time after time.

After 1 day of stop-motioning my way through a Drupal 8 install I opted for DreamHost's more expensive Virtual Private Server (VPS). I suppose they are happy.

The migration didn't go smoothly. I tried it with the built-in drupal_migration, drupal_upgrade and drupal_tools modules but it gave me errors with url aliases and comment bundles... but I didn't care too much. I do also notice that I have duplicate text formats because Drupal 8 has CKEditor turned on by default. I tried disabling the text formats that I assume got migrated but now I can't change anything to the left-over CKEditor ones because it complains about a "Full HTML" text format already existing and two text formats can't have the same name... whatever. I'll maybe do another migration to figure that out, I don't care too much yet.

Other than that I did a very simple theme. I am not a front-end developer so this took me two days. Mainly because I had never started a theme from scratch and also because I have only little CSS knowledge.